Ten Interesting “Capitals of the World”

Surely we can all agree that it’s high time the “little guy” had his day. We’re referring here of course to the lesser-known “capitals” of the world.  Is the city that brought us corn cobb pipes less deserving of the term “capital” than Washington D.C.?  We don’t think so either.  With that in mind, we give a resounding shout out to those unsung heroes of commerce and invention who have given us everything from barbed wire to earmuffs:

Green Bay is the #1 of #2’s!  It has long been known as the “toilet paper capital of the world” because the first splinter-free paper was produced there.  The paper industry is still one of the area’s largest employers. 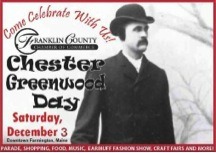 Ridiculousness should never stand in the way of comfort!  The earmuff was invented in Farmington, Maine in the late 19th century.  It was the brainchild of 15-year-old Chester Greenwood, who decided to improve upon centuries of hat designs by creating an ear covering that left the top of the head exposed to the elements. 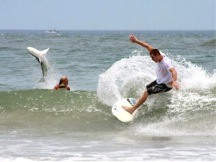 Nearly 15 percent of world shark attacks occur at our own New Smyrna Beach in Florida, due to it’s popularity with surfers and it’s location near a river inlet.  The bites are generally mild, but the memories last forever!

Many cities claim this title, including Northern California’s Watsonville, Plant City, FL and Ponchatoula, LA.  But Oxnard is home to a huge Strawberry Festival every May and accounts for a large part of America’s strawberries.  Frankly, who cares who wins the title…just pass the whipped cream!

This resort area is noted as one of the most popular golf vacation destinations in the U.S.  With more than 130 golf courses in the area, great weather and natural beauty, it’s clear to see why Palm Springs has become the place where golfers tee off.  Fore! 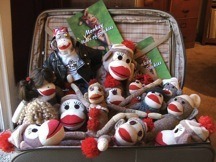 Rockford was once a sock Mecca, but it diversified in the 1950s into making sock monkeys.  After a legal battle, the Nelson Knitting company of Rockford was awarded the patent.  A sock monkey festival is held every year in celebration of this triumph!

Barbed wire wasn’t invented in La Crosse, Kansas – but a whole heck of a lot of it was used here when settlers came to tame the frontier, and it’s now home to the Kansas Barbed Wire Museum; a museum devoted solely to the “history and legend” of the “devil’s rope”

Probably one of the better-known city slogans in the U.S., Hollywood and it’s surrounding communities have a history in the film, television, and music production business.  The city wears its title well, as it offers tourists a wide array of attractions to capitalize on the glamorous image.

Not too far from StorQuest in Denver, CO, Wheat Ridge’s illustrious title of Carnation Capital pays tribute to its history – during the 1960s, Wheat Ridge boasted 32 carnation growers and sent a bouquet to the White House every Monday morning.  The city still holds an annual Carnation Festival every summer.

Next time you're moseying around Arizona, look up Wickenburg, often voted the “most authentic western town.”  Sadly, through the years, most of the dude ranches have disappeared, but there are still a few places in town that one can be a cowboy, if only for a little while. Well, there you have it – ten capitals that you probably didn’t even know about!   Just a few more places around the U.S. that you will want to stop by when you get a chance.  Happy travels!