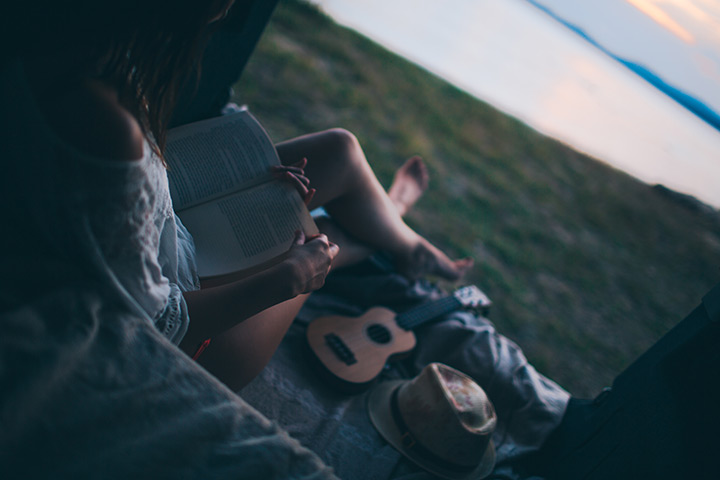 Your summer may be filled with hiking, water sports, and backpacking trips, but that doesn’t mean you can’t carve out some time to enjoy a good book. That’s what hanging in a hammock was made for, right? Whether you love learning about history, getting wrapped up in mystery, or setting your mind towards adventure, a good book can take you anywhere you want to go. Check out this list of StorQuest’s top 20 awesome summer reads.

Dearborn’s thoughtful reexamination of the life of one of America’s most famous writers highlights the tragedy surrounding his life. After you finish his biography, reread Hemingway’s Old Man and the Sea and find out if you look at it the same way.

Through expert and complete analysis, Boles manages to pen one of the finest biographies of America’s second president. American history buffs are sure to enjoy this one!

This definitive and thoroughly fun biography of former Late Show with David Letterman host lays out the argument that he was better at his job than Jay Leno. Read it and see if you agree!

Williams gets to the bottom of what we all know: a walk in the woods is good for the mind, body and soul! Put down your phone and learn why it’s invaluable to stay connected to your environment.

Learn about trailblazing female scientists such as Edith Clarke, Lisa Meitner, and Wang Shenyi. Then, when you’re done, talk about it with your children, your friends, whoever! There’s a world of possibilities out there just waiting to be discovered.

This first book of a 15 book series tells the tale of a family with a tiny secret that keeps growing.

This insightful and fun novel follows an Indian couple destined to marry. When they meet, sparks fly and awkwardness ensues.

Are you a twentysomething going through a quarter-life crisis? Get lost with the Lost Girls on this whirlwind trip around the world and then start planning your own adventure abroad!

Follow along with two of America’s greatest explorers as they leave St. Louis to find a water route to the Pacific Ocean. Light the fuse on your adventurous side and get a feel for the untamed American west in 1804.

An unclimbed 8,000 meter peak, sketchy maps, and horrible weather. What could go wrong? Learn about the hardships faced on the summit of this mountain – including the loss of all of the author’s fingers!

One of the worst disasters in mountaineering history happened on Everest in 1997. Read a first person account of it all from controversial author Jon Krakauer.

The original round the world adventurer sparked the minds of centuries worth of travelers, climbers, and curious souls.

This anti-adventure book, written by one of the greatest American writers, is a comic bonanza full of outrageous characters.

This is a nail-biting account of Worsley and Shackelton’s heroic open-boat journey to South Georgia Island – in bad weather, of course.

Karen Blixen, aka Dinesen, wrote the classic that became the unforgettable movie.

The founder of the Sierra Club plays down the dangers of the wild while becoming an advocate for the wilderness through his journal entries.

When you think of rugby, plane crashes, and light cannibalism, this classic from Read comes to mind.

Take a cue from a fellow adventurer: expand your knowledge of history or simply get lost in great writing. No matter your pleasure, there are plenty of good reads for you to indulge in this summer.